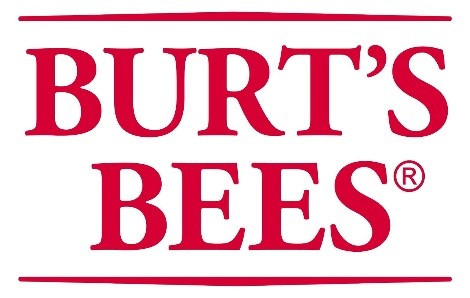 The effects of man-made climate change are now being felt all over the globe. With the weather becoming more extreme and natural disasters more common, the time for action has almost past us and people the world over need to start taking significant steps to mitigate the damage before it’s too late.

The world’s best scientists have categorically stated that 2020 is the year we must initiate concentrated and coordinated action if we are to avoid the most extreme climate change-related outcomes and leave up and coming generations a planet worth habiting. Thankfully, while the movement does unfortunately still have its fair share of detractors, 60% of Americans have now stated they are either alarmed or concerned about climate change. We’ve seen a significant increase in the number of protests led by organizations such as Extinction Rebellion and figureheads like Greta Thunberg.

However, probably most exciting of all from our perspective is the news that over 500 global businesses have signed up to a commitment to set climate goals based on the best available science.

As a producer and seller of natural personal care products, including truly natural skincare products, lip care, natural baby products, and more, Burt’s Bees more than understands the value of maintaining the natural balance of our world.

However, like many international businesses, Burt’s Bees knows that it must do more. It’s not enough to simply make sure your products are natural and produced using only sustainable and ethical sources. Brands have an enviable position in that they have worldwide recognition and a platform from which to help get the message out — and this is exactly what Burt’s Bees wanted to take advantage of.

To coincide with the UN Climate Summit in the latter part of 2019, Burt’s Bees partnered with media titan National Geographic to launch a brand new social media campaign designed to help wake the world from apathy and get it to start taking the threat of climate change more seriously.

“Every day, we see more signs our incredible planet is suffering from the effects of climate change, a phenomenon which individual and organizational behaviors too often exacerbate,” said Burt’s Bees via a press release. “In the United States, 30% of all food is wasted. Each person uses 88 gallons of water a day. More than nine million tons of plastic waste—80% of which originates from land-based sources—end up in oceans each year, killing more than a million seabirds and 100,000 marine mammals with their debris.”

This was the inspiration behind the #NatureBlackout campaign launched by the two brands during the summit. They both posted blacked out content designed to illustrate what we have to lose if we allow the current patter of degradation to continue unchallenged. 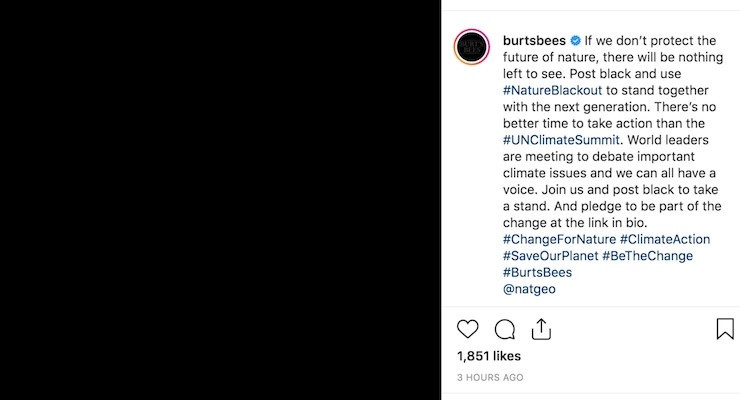 Immediately following the blackout on September 26, Burt's Bees' social feeds lit up with a call for its audience to make a #ChangeforNature pledge in which they commit to changing something about their lives to benefit the planet, such as cycling to work, reducing plastic use, switching to an electric vehicle, etc. — with each triggering a ten-dollar donation to the National Geographic Society.

“To shine a light on the problem, Burt's Bees is doing just the opposite,” continued the press release. “Darkening spaces known for showcasing nature's beauty, including their own social channels and a series of National Geographic Instagram posts. Alongside world-renowned natural photographers and youth activists, blackout posts will darken Burt's Bees' nature-rich feed to illustrate what's at stake and call on each of us to make a change to protect it.”

Social media is a powerful tool for spreading a message and the campaign had a massive impact, raising thousands of dollars for the cause and resulting in a huge amount of engagement for the two brands.

"As a brand founded to connect people to nature, we must protect it," said Director of Sustainable Business and Innovation for Burt’s Bees, Paula Alexander. "Burt's Bees is certified CarbonNeutral®, land-fill free, and consciously stewards the lifecycle of our packaging, which includes over 50% PCR content in our plastics and being fully recyclable either curbside or with TerraCycle. As part of this ongoing commitment, we're pleased to announce that earlier this month, Burt's Bees has signed on to the 'We Are Still In' climate declaration."

The fight against man-made climate change is a noble one indeed and it’s great to see two such well known and highly regarded brands as Burt’s Bees and National Geographic partnering on it. The power of social media is undeniable and was the perfect tool with which to get this crucial message out there.