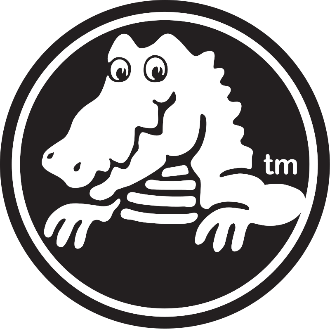 The world of fashion is a fickle one, with tastes changing and evolving seemingly from month to month — or even week to week. However, when it comes to customers, they broadly fit into two categories — those who shop for style and those who opt for comfort.

The people who fall into the latter category cover a wide range of demographics as well — especially when it comes to shoes. For example, many older customers simply want something comfortable and easy to slip on that they can wear in the garden or when ambling around the house. However, some people work in careers where they spend an inordinate amount of time on their feet — waiting staff, hospital employees, etc. — and need something which is going to stop them from being in absolute agony by the end of a long and grueling shift.

It is among these people that divisive shoe brand Crocs finds its main audience. However, the company is starting to shed its much-maligned image and take its place among other "serious" footwear brands.

To begin making its way as a fashionable name, Crocs knew it had to do something about the fact it is often used as a point of comedy, with many fashion fans finding the bulky style of its products amusing and undesirable. To begin this journey, the footwear brand needed new blood, which it found in a fresh Chief Marketing Officer.

"We've been a much-derided meme — you know, you've probably seen it — 'Those holes are where your dignity leaks out'?" said Chief Marketing Officer for Crocs, Terence Reilly. "But everyone around the world knows the silhouette of the Crocs Classic. So, what we needed to do was move from the awareness, which we had lots of, into really making the classic more relevant. As I like to say, we needed to turn this from a meme to a dream."

Crocs recognized an important point about its product in this, and it boils down to the old but arguably true adage: There is no such thing as bad publicity. Crocs understood that, no matter how its products were perceived, they were indeed perceived. The challenge was to take this public awareness of the Crocs brand and turn it into sales. To help achieve this, Crocs knew it needed a big promotional pus, and decided not to go it alone. Instead, the brand partnered with an even more well-known brand. While one may expect Crocs to have partnered with another fashion brand, they opted for an altogether more surprising alternative — fried chicken giant KFC. 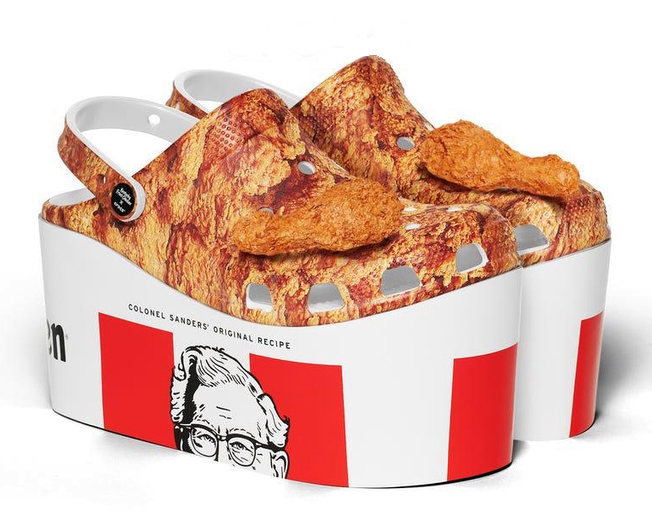 The result of this bizarre partnership is an appropriately weird new pair of Crocs. Available in a giant platform soled or regular version, the soles of the new Crocs are decorated to resemble the famous KFC bargain bucket featuring the iconic KFC red and white stripes, with the topside having the appearance of chicken pieces. To finish the effect, each Croc has a [fake] chicken drumstick attached to the top.

The new shoe is clever because it embraces the comedic reputation Crocs already has — instead of trying to swim against it. The product was accompanied by a viral video marketing campaign featuring a serving of KFC chicken being dunked into a friar, only to emerge from the oil as a pair of the new Crocs.

"That is our Big Mac, that is our Coca-Cola," continued Reilly. "We launched a campaign that was focused on making the classic silhouette an iconic symbol. Because we know it's always been a polarizing brand. But remember, when you're polarizing, there's one side of the polarization that loves you."

Crocs has also been making a big push on social media platforms popular with younger customers. The company has been spending a lot of time on Instagram as well as recent superstar platform — TikTok.

The brand's successful foray onto TikTok began with the viral #ThousandDollarCrocs challenge. The campaign was designed to promote all four of Post Malone's limited edition collections, which were designed off the back of a single, organic tweet from the rapper — "u can tell a lot about a man by the jibbits on his crocs" [sic]. Crocs has also built a collection with Ruby Rose, after the star posted about trying to choose a pair of the shoes on her Instagram account.

"We're always looking to partner with brands that get it," said Reilly. "We're always looking for ways to surprise and delight folks with huge celebrities and huge brands, whether that be in us moving into the streetwear space, or the fashion space or food. And because of our delightfully democratic nature, our fans want to see what's next. That's an exciting thing for us and for them."

By embracing its kooky nature and actively seeking partnerships with celebrities and brands which fit with their style, Crocs has been experiencing fantastic growth recently. Far from being a brand worthy of ridicule, Crocs is looking like one to watch in 2020.