TripAdvisor Is Rebranding As A Travel Social Media Platform 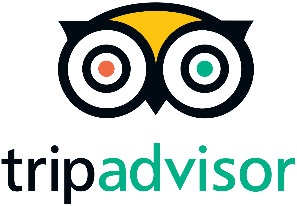 Rebranding is an important part of growing a business. However, the process must be carried out with care, as doing it at the wrong time or in the wrong way can be disastrous for the brand.

A badly thought-out rebrand can result in the loss of brand identity and confusion among audiences, leading to alienation, loss of revenue, and even anger. One is reminded of the furor several years back when Kellogg's decided to rename its UK Coco Pops brand Choco Krispies so it would be similar to the way the product was branded in the rest of the world (known as Cocoa Krispies here in the States, of course). The new identity was almost universally rejected by UK shoppers and, after carrying out a poll (something Kellogg's should have probably considered doing before taking the decision), the name was returned to its original, Coco Pops.

However, not all rebrands are so disastrous, and TripAdvisor has recently metamorphized from a simple review site into something altogether more social.

For many years now, TripAdvisor has been a go-to resource for anyone looking for advice on everything from restaurants to hotels. The site's simple-to-understand ranking system makes it easy to look for the best places to visit in any given area.

The issue TripAdvisor had was the vast majority of its visitors were spending just a few minutes on the site, getting the information they came for and then leaving. As such, the brand was looking for a way to make its site more engaging and inspire users to spend more time there.

Taking lessons from giants such as Facebook and Instagram, TripAdvisor now wants to rebrand as a social media platform and offer its visitors a range of new features, including friend-adding, targeted content, videos, photos, and articles, as well as recommendations and guides from friends and family.

"The new TripAdvisor provides its members with great content from the people, brands, and influencers they rely on for travel and in-destination advice before and during their trip," said President and Chief Executive Officer for TripAdvisor Stephen Kaufer. "This is just the beginning for TripAdvisor as we continue to work with the community to build the best experience for travelers worldwide. In the coming weeks, we will welcome more brands and influencers to the travel feed and will allow members to upload and share videos and articles."

TripAdvisor is partnering with brands like The Independent, National Geographic, Time Out, Culture Trip, The Saccone-Jolys, and Four Seasons Hotels and Resorts, all of which will assume the role of influencers and contribute targeted content to the new TripAdvisor platform.

TripAdvisor's new strategy isn't simply limited to its web presence, however. The platform is also giving its smartphone app a makeover to bring it in line with the new brand identity.

The app will now feature all the same social media-esque features described above and will allow travelers to connect in exciting new ways. When a traveler searches for a destination in the app, TripAdvisor automatically brings together a host of relevant information to help augment the user's trip with fantastic experiences. For example, when searching for a major city such as New York, the app will fill the news feed with information such as reviews (from critics and friends) of the best restaurants, sightseeing trips, relevant offers and discounts, advice on public transport and other methods of getting around, and more.

This allows travelers to plan everything from within the TripAdvisor app and eliminate, or at least minimize, the need to use other services.

The ultimate goal for TripAdvisor's rebranded website and app is to use artificial intelligence and machine learning to create a fully digital travel agent. The sophisticated software would get to know the user and be able to deliver truly intelligent bespoke recommendations - much in the manner of a traditional flesh-and-blood travel agent.

"Think back to the days when you went in to see a travel agent and when they helped create that guide for you - but the travel agent didn't really know you, and might not have even been to the destination you were interested in," said Kaufer. "Now, with machine learning, we have the ability to create that guide for you. We connect you with people who have been there and experienced that location, and with locals on the ground. Nobody does it today, but in five years I think it will be easier for the traveler to focus on the experience rather than spend time sorting through the options."

Rebrands can indeed be tricky, but it seems like TripAdvisor is making all the right moves to transform into a social platform, without sacrificing its core identity.

You can hear TripAdvisor's Head of Marketing for SmarterTravel, Maya Gumennik speak at Etail East 2019, taking place in August at The Sheraton, Boston.